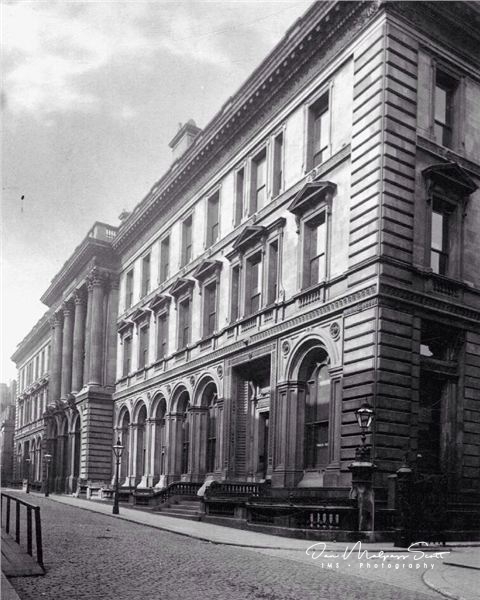 Nikolaus Pevsner, the famous architectural critic of the 1960s, in his ‘Buildings of England’ series, wrote this: ‘Doomed to disappear. It was a tremendous palazzaccio, like Ministry building in Rome’. Its 1969 replacement by Cruickshank and Seward reveals the International Modern style’s frequent failure in tight urban corners.

The General Post Office is truly one of our great losses.

It was a monumental block yet one that still talked to the street. That was its skill.

Behind the grand upper portico were generous spaces and elegant halls that made the act of communication seem heroic. A sculpture once housed in the building and shown in the interior picture below is now located outside the Oldham Road sorting office.