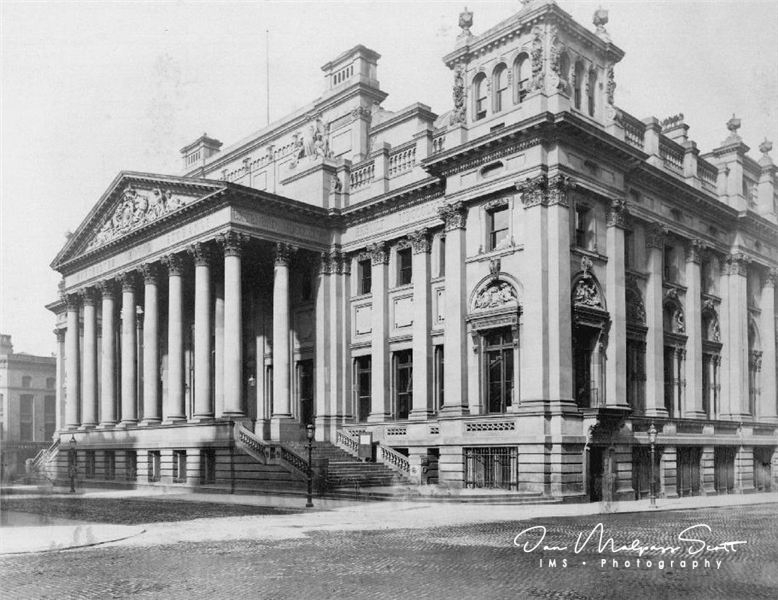 The first exchange in Manchester was a humble but handsome affair of 1729 where Marks & Spencer, Market Street, now stands. It was replaced in 1809 on the present site, and then enlarged by Alex Mills in 1849. This was the most elegant of the Exchanges which by the latter date was the most important textile Exchange in the world.

More room was needed a few decades later and this was delivered by Mills and Murgatroyd in 1874. Suddenly Manchester had one of those heart-stoppingly epic giant order classical porticos that always add power and authority to any streetscene (the Royal Infirmary in Piccadilly had one as well, but the building was always a poor quality structure).

By World War One optimism about on-going trade (total production in UK of finished cotton through the Royal Exchange 6.6bn linear yards, nearest rival Japan, 56m linear yards) meant another extension. This resulted by 1921 in the building we see today.

To extract every scrap of available space, the grand portico was demolished and the building pushed out to the pavement line. Thus Cross Street lost its stop-in-the-street-and-stare architectural motif.