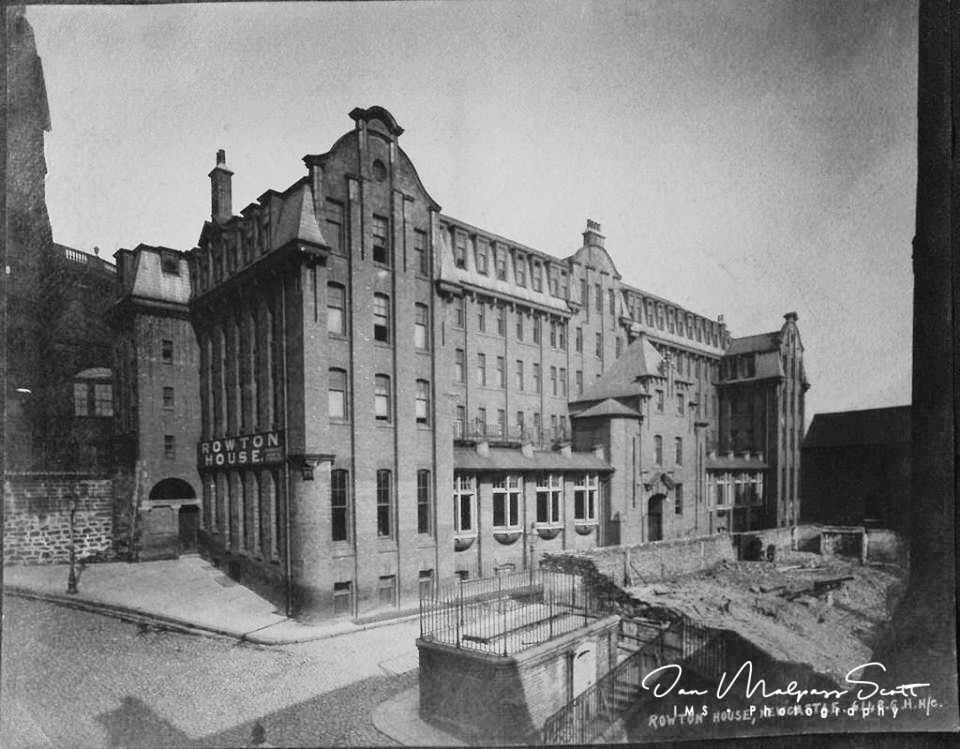 Rowton Houses was a chain of hostels built in London, England, by the Victorian philanthropist Lord Rowton to provide decent accommodation for working men in place of the squalid lodging houses of the time.

George Orwell, in Down & Out In Paris and London, wrote about lodging houses: “The best are the Rowton Houses, where the charge is a shilling, for which you get a cubicle to yourself, and the use of excellent bathrooms. You can also pay half a crown for a special, which is practically hotel accommodation. The Rowton Houses are splendid buildings, and the only objection to them is the strict discipline, with rules against cooking, card playing, etc.”

Built in c. 1908, in the 1920’s it was a lodging house operated by Simpson Hotel Co Ltd. Taken over by the Salvation Army in 1936 it could house up to 200 men.
This building went on to become The Salvation Army Men’s Palace. Located on Dog Bank/Pilgrim Street which closed in circa 1968 following a fire which caused 4 deaths.