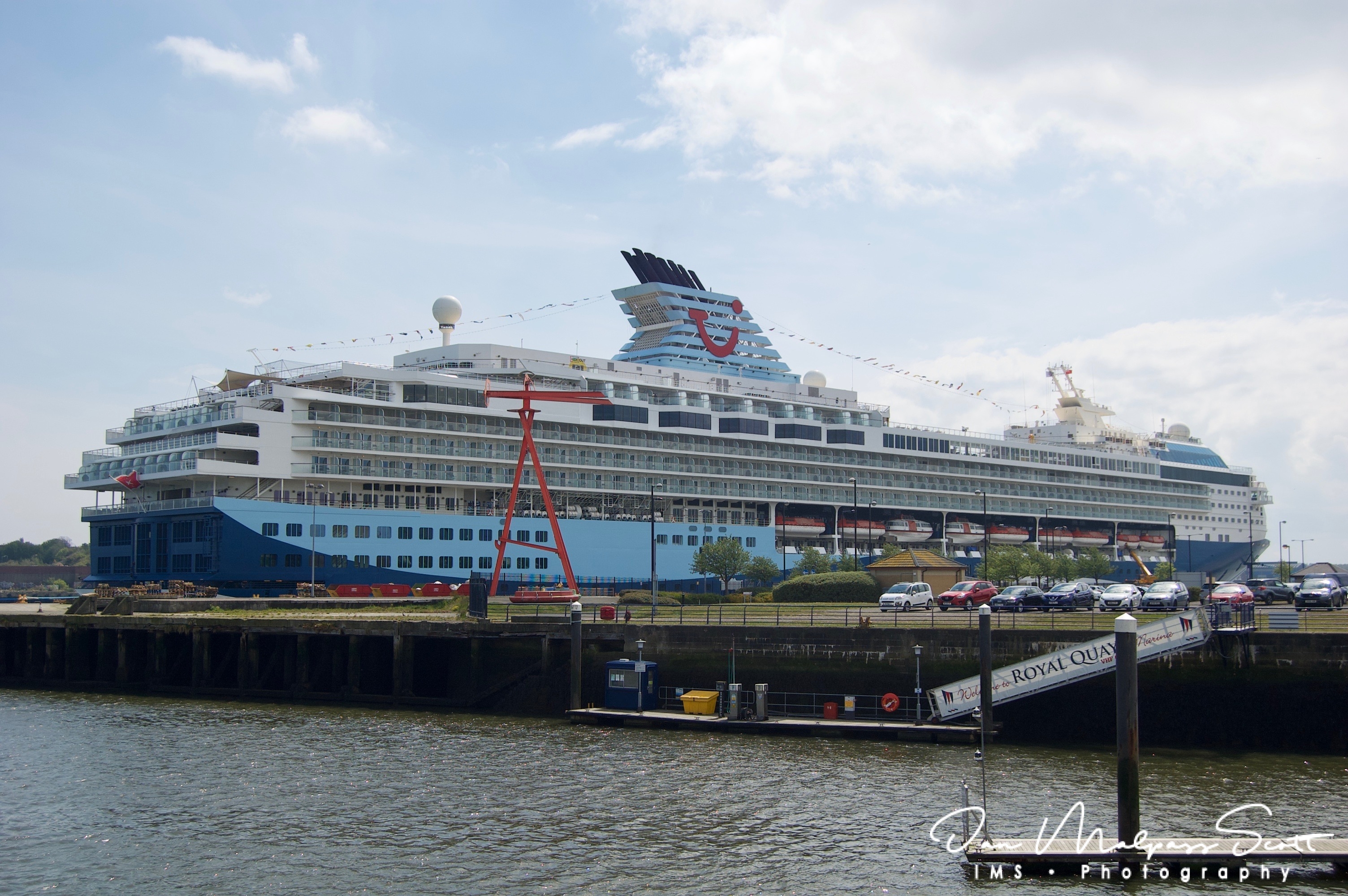 Marella Explorer is a Century-class cruise ship owned and operated by Marella Cruises. Before joining TUI she cruised as MV Galaxy with Celebrity Cruises, and later as Mein Schiff with TUI Cruises. She was laid down at the Meyer Werft shipyard in Papenburg, Germany, on 25 May 1995, was launched in May 1996, and was delivered to Celebrity Cruises on 10 October 1996. She entered service on 21 December 1996.

In 2008, after some twelve years of service as Galaxy, she was renamed Celebrity Galaxy. In May 2009, she was transferred to the fleet of TUI Cruises, a joint venture between TUI AG and Celebrity Cruises’ owner Royal Caribbean Cruises Ltd. She was renamed Mein Schiff (English: My Ship) on 15 May 2009, Mein Schiff 1 in November 2010, and Marella Explorer in 2018.

Marella Explorer on the Tyne