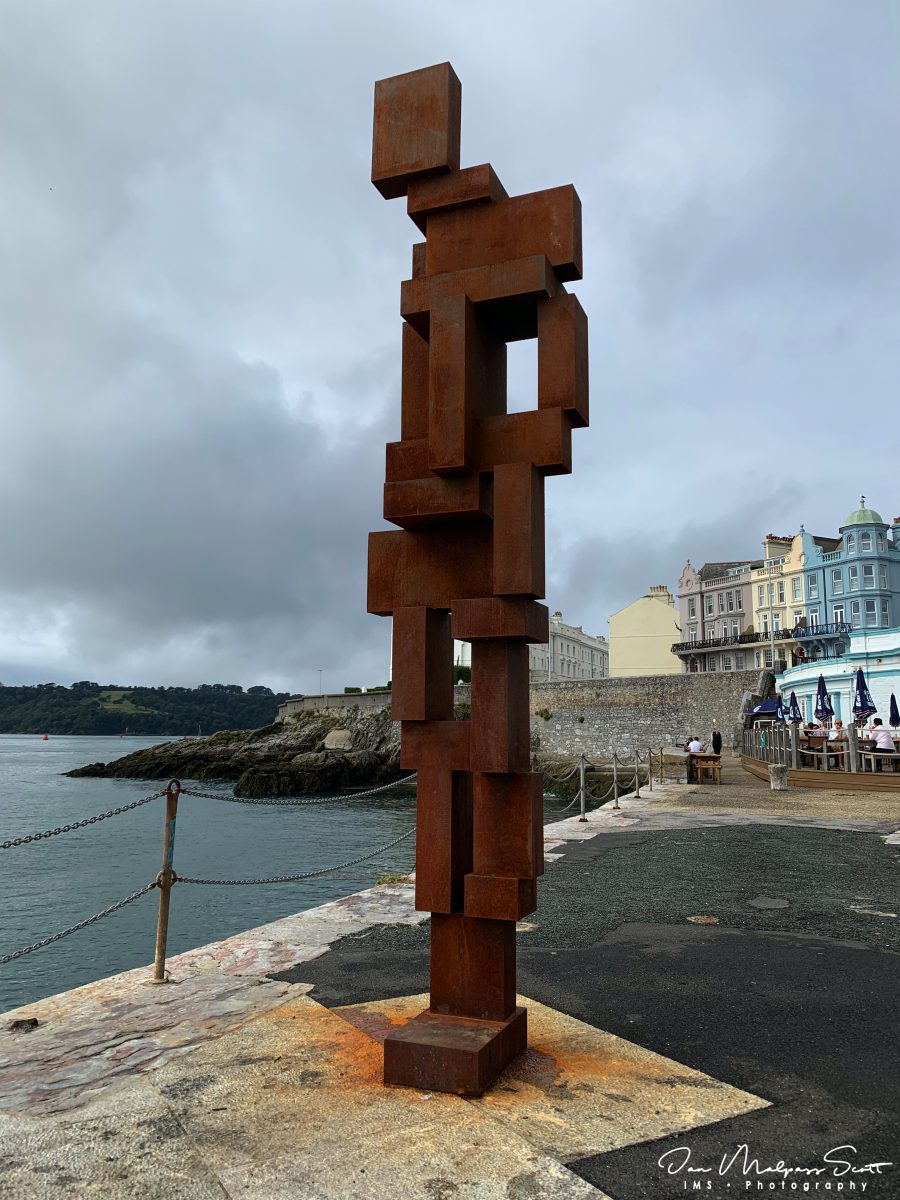 LOOK II, a 2017 statue by Antony Gormley in Plymouth, Devon

It was commissioned by Plymouth City Council and The Box as part of the city’s Mayflower 400 celebrations. The work marks the site where Francis Chichester returned in 1967 following his circumnavigation of the globe in the Gipsy Moth IV.

LOOK II is 12 feet tall and made of 22 cast iron blocks weighing approximately 3 tonnes in total. It is “stacked like a house of cards, but also substantial, rather like the stones of Stonehenge”.

The application submitted for the project, 20/00190/LBC, was received by Plymouth City Council on 5 February 2020 and validated on 12 February 2020. It described LOOK II as “mounted on a fabricated steel stub of bespoke design” and “bolted to the reinforced concrete pile cap”

After two extensions of the application process (in April and June 2020), a decision to grant the planning permission was issued on 23 June 2020.

It is Gormley’s intention to “evoke the yearning to travel across the horizon in order to establish a new life in another place”.Through this work, Gormley aims to “transmit our old-world admiration for the skyscrapers of New York while linking them to our megalithic past”.

During an interview in September 2020, one heckler criticised the sculpture, calling it a “waste of money”.

Gormley responded to critics of LOOK II, arguing that it was “a kind of love letter to the future, to people who are not yet born or people who are just born who are asking ‘what kind of life can I lead in this place'”. He acknowledged that “some people say ‘[it’s] a load of rubbish, why do we need that lump of rusty stuff right in front of our finest view of the sea’, and other people say ‘well, it looks like it’s yearning'”.