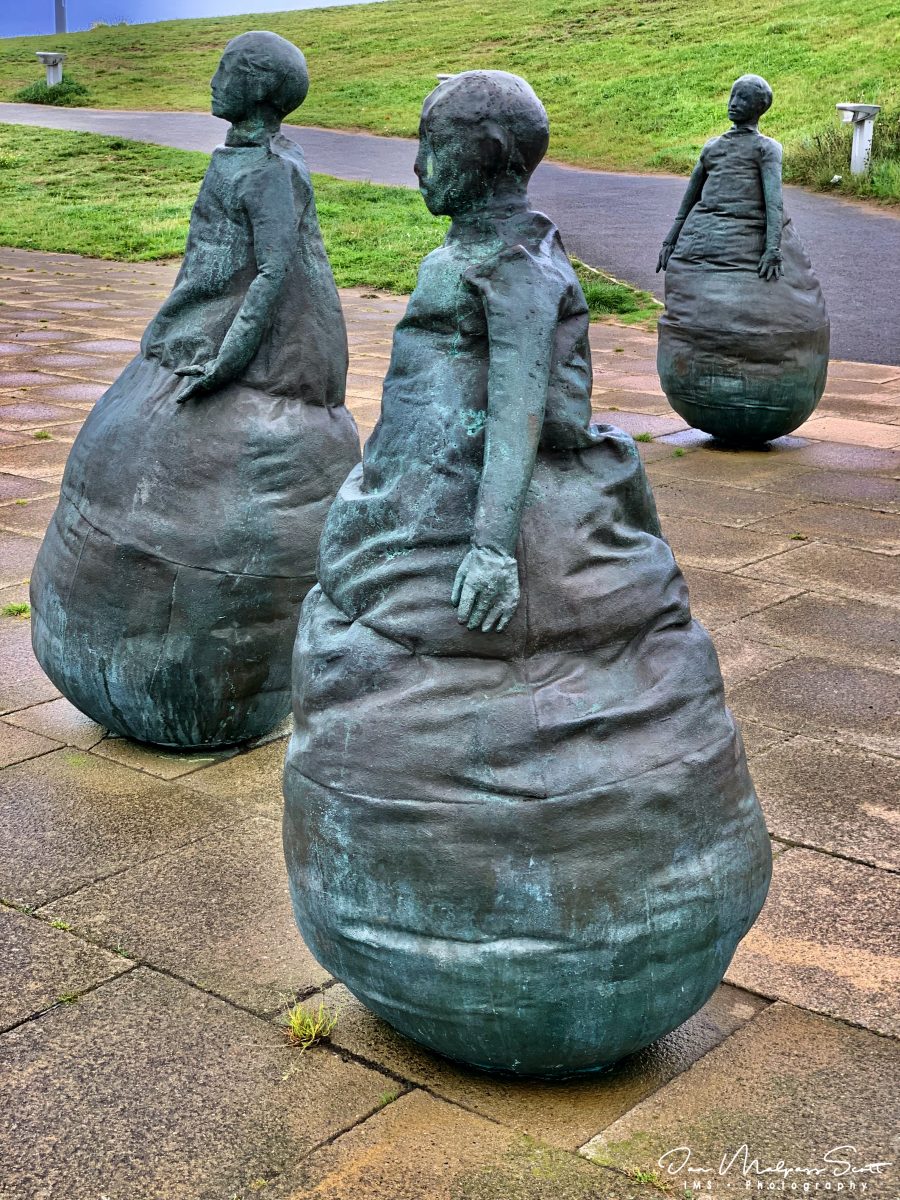 Created by renowned Spanish Artist Juan Munoz, Conversation Piece is made up of 22 life size figures, each weighing approximately a quarter of a tonne and standing 1.5 metres high.

You will see that most of the sculptures are positioned as though they are in deep conversation between themselves and their audience, greeting visitors from both land and sea.

Munoz’s initial idea was inspired by a ventriloquist’s dummy and the piece was created in 1999 before he suddenly passed away in 2001, after being awarded Spain’s major Permio Nacional de Nellas Artes Award in 2000.

“Laughter and pain are very close and I like the idea of tragic-comedy. They look like rolling figures, like tumblers, and they are about movement, but the can’t move  – Juan Munoz

The unique artwork was developed as part of a wider public art programme called ‘Art on the Riverside’ and are a distinctive addition to the Littlehaven Promenade and Seawall.