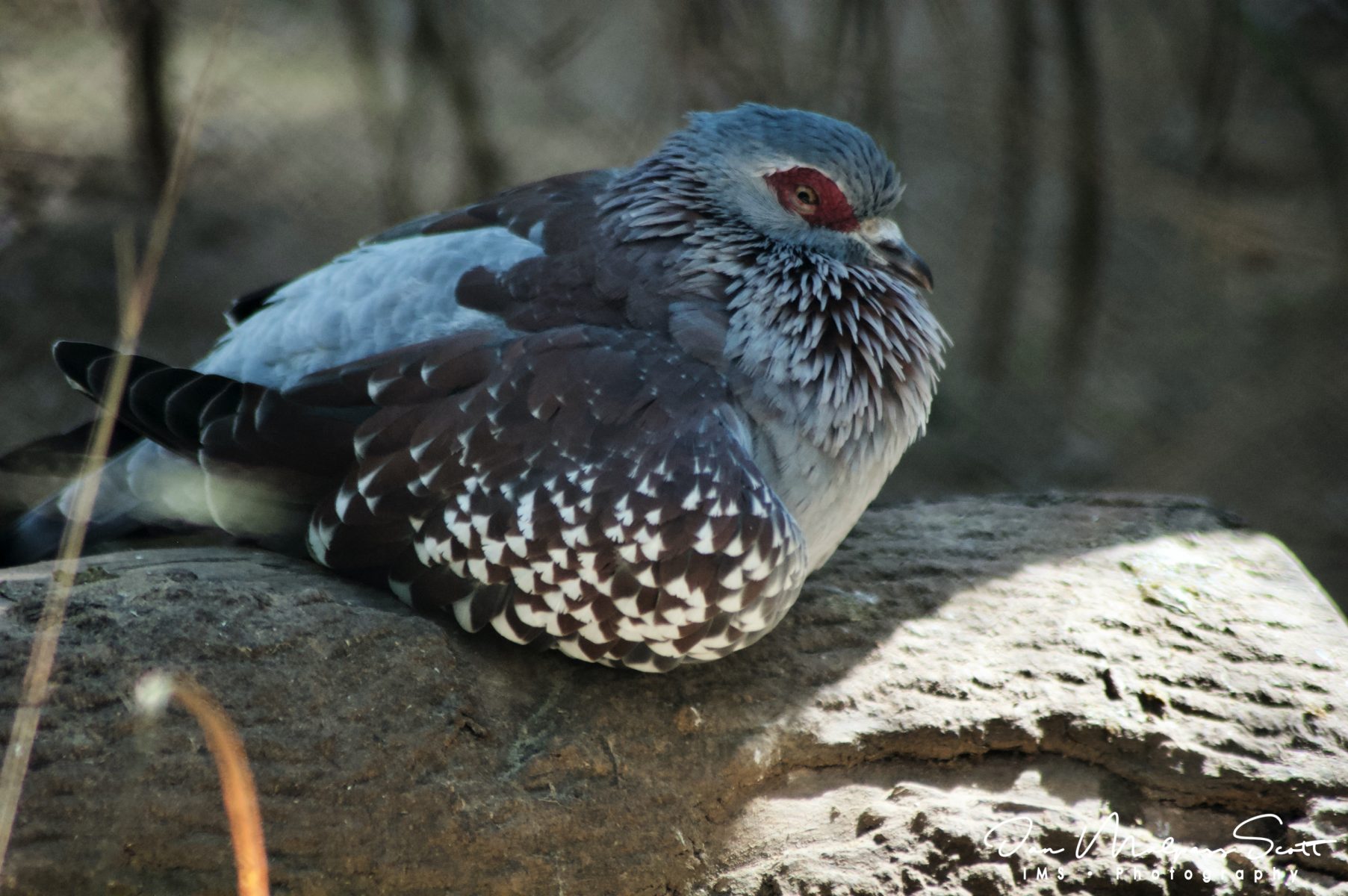 The speckled pigeon (Columba guinea), or (African) rock pigeon, is a pigeon that is a resident breeding bird in much of Africa south of the Sahara. It is a common and widespread species in open habitats over much of its range, although there are sizable gaps in its distribution. It is sometimes referred to as the Guinea pigeon due to its similar coloring to some species of guineafowl.