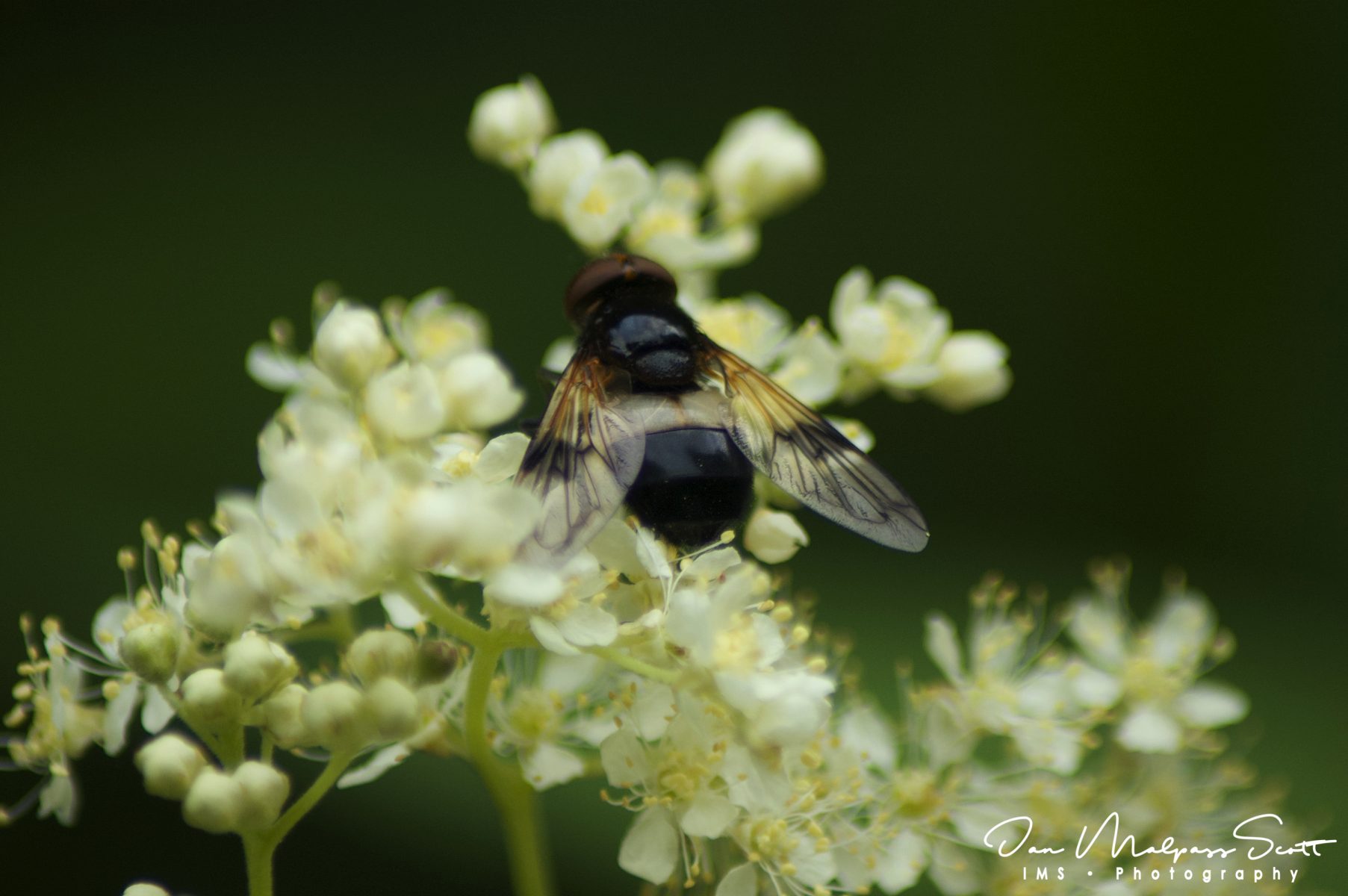 Hover fly on a flower at Belsay Hall, Northumberland

Hover flies, also called flower flies or syrphid flies, make up the insect family Syrphidae. As their common name suggests, they are often seen hovering or nectaring at flowers; the adults of many species feed mainly on nectar and pollen, while the larvae (maggots) eat a wide range of foods. In some species, the larvae are saprotrophs, eating decaying plant and animal matter in the soil or in ponds and streams. In other species, the larvae are insectivores and prey on aphids, thrips, and other plant-sucking insects.

Insects such as aphids are considered a crop pest, and therefore the aphid-eating larvae of some hover flies serve as an economically (as well as ecologically) important predator and even potential agents for use in biological control, while the adults may be pollinators.

About 6,000 species in 200 genera have been described. Hover flies are common throughout the world and can be found on all continents except Antarctica. Hover flies are harmless to most mammals, though many species are mimics of stinging wasps and bees, a mimicry which may serve to ward off predators.