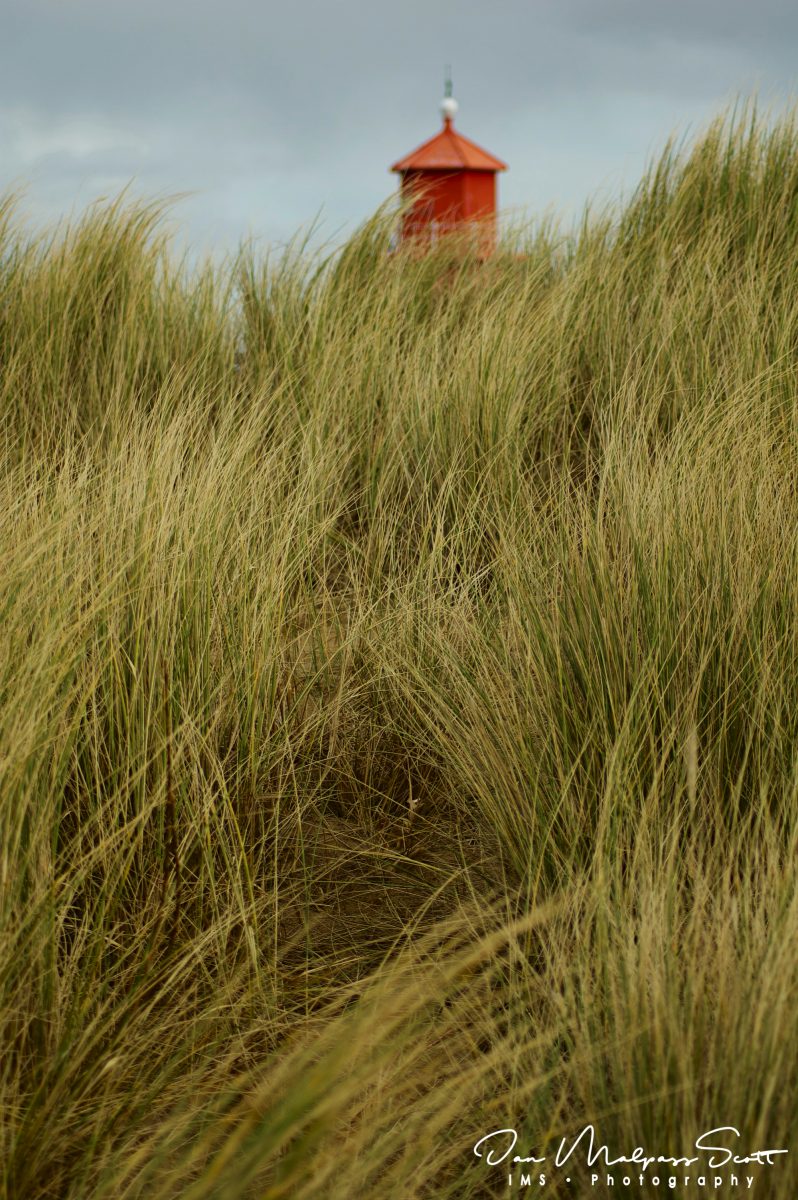 Herd Groyne was built in the early 1880’s to stop the sand from the beaches in Tynemouth’s Harbour washing into and then depositing the Tyne. Effectively, the groyne is a small seawall seperating the beach from the river; therfore only one side of this wall is safe passage for shipping into the river.

The Lighthouse was built in 1882 and shows a series of lights indicating directions to be taken upon entering the port’s breakwater walls. This system of coloured lights replaced the 2 range or ‘high and low’ lights at South Shields that would have Shown safe passage by being aligned; these still exist in fantastic condition, with many original features.

If on-course, the light will show as White. If a vessel strays too far to the left the light upon entering the port, the light will show red and to the right side of the bay it will show green; this light is shown using a projector covered by shades of coloured plastic, although this would have originally been lit using a fresnel lens. The light gives a flash with the duration of 8 seconds and a period of darkness lasting for just 2 seconds: this matches the light character of the South Breakwater Lighthouse.

The tower painted red and is clad in corrugated metal and is on stilt-like legs called piles – these would have been screwed into the sandy base of the groyne to give the tower strength, instead of building upon traditional foundations. A staircase leads up to the service room, just below the lantern and a ladder on the inside of the tower then goes up to the light itself.

On the gallery there is a Fog bell which gives a stroke once every 10 seconds – it is sounded automatically in poor weather.