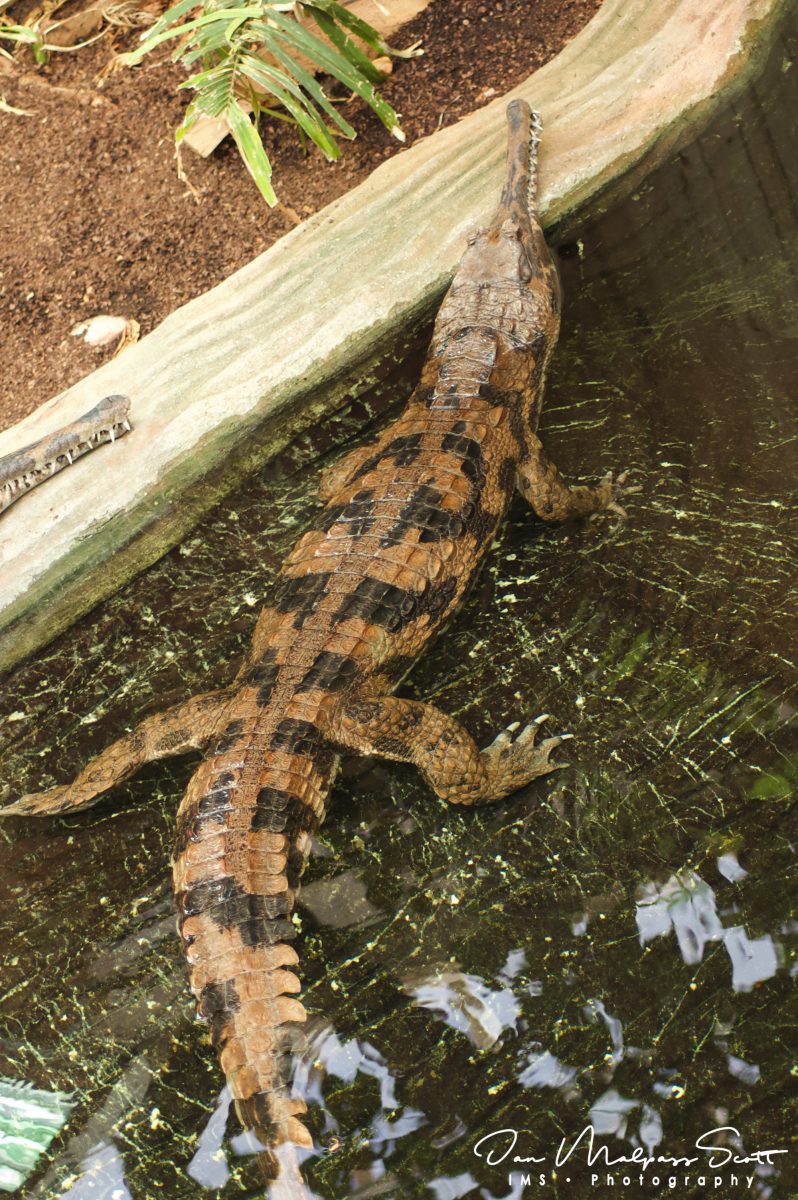 This species is an opportunistic carnivore, and eats a varied diet of fish, amphibians, insects, shrimp, small deer and small monkeys.

This species used to be found in Thailand, but has now been extinct there since 1970. There is estimated to be less than 2,500 individuals remaining in the wild but data is unclear. Threats are habitat loss (farming and illegal logging), dams, drowning in fishing nets, overfishing and poaching.

Our gharials are part of the European Studbook (ESB) for the species.