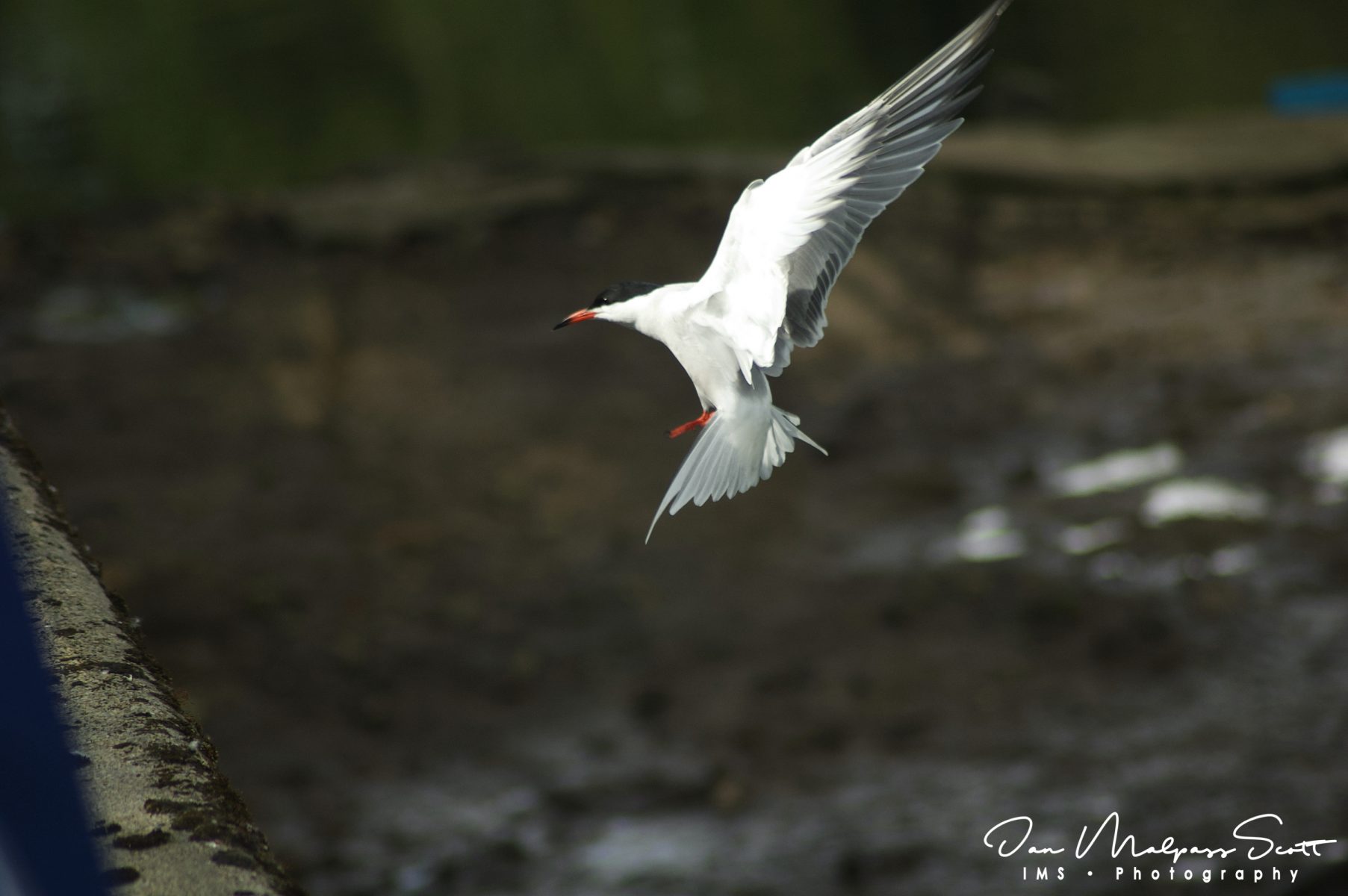 A common tern in flight at Royal Quays, North Shields

The common tern (Sterna hirundo) is a seabird in the family Laridae. This bird has a circumpolar distribution, its four subspecies breeding in temperate and subarctic regions of Europe, Asia and North America. It is strongly migratory, wintering in coastal tropical and subtropical regions. Breeding adults have light grey upperparts, white to very light grey underparts, a black cap, orange-red legs, and a narrow pointed bill. Depending on the subspecies, the bill may be mostly red with a black tip or all black. There are a number of similar species, including the partly sympatric Arctic tern, which can be separated on plumage details, leg and bill colour, or vocalisations.

Breeding in a wider range of habitats than any of its relatives, the common tern nests on any flat, poorly vegetated surface close to water, including beaches and islands, and it readily adapts to artificial substrates such as floating rafts. The nest may be a bare scrape in sand or gravel, but it is often lined or edged with whatever debris is available. Up to three eggs may be laid, their dull colours and blotchy patterns providing camouflage on the open beach. Incubation is by both sexes, and the eggs hatch in around 21–22 days, longer if the colony is disturbed by predators. The downy chicks fledge in 22–28 days. Like most terns, this species feeds by plunge-diving for fish, either in the sea or in freshwater, but molluscs, crustaceans and other invertebrate prey may form a significant part of the diet in some areas.

Eggs and young are vulnerable to predation by mammals such as rats and American mink, and large birds including gulls, owls and herons. Common terns may be infected by lice, parasitic worms, and mites, although blood parasites appear to be rare. Its large population and huge breeding range mean that this species is classed as being of least concern, although numbers in North America have declined sharply in recent decades. Despite international legislation protecting the common tern, in some areas populations are threatened by habitat loss, pollution or the disturbance of breeding colonies.