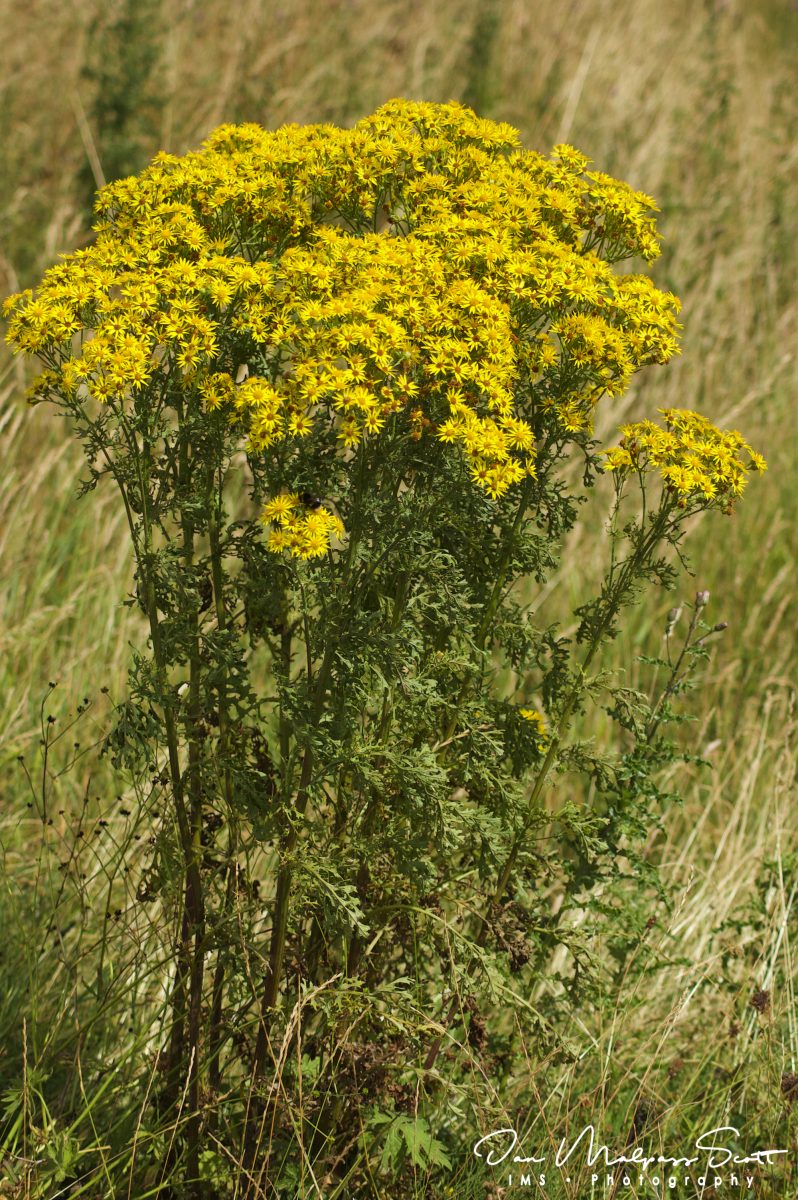 Jacobaea vulgaris, syn. Senecio jacobaea, is a very common wild flower in the family Asteraceae that is native to northern Eurasia, usually in dry, open places, and has also been widely distributed as a weed elsewhere.

In some countries it is an invasive species and regarded as a noxious weed. In the UK, where it is native, it is often unwanted because of its toxic effect for cattle and horses, but it is also valued for its nectar production which feeds insect pollinators and its ecological importance is thus considered significant.