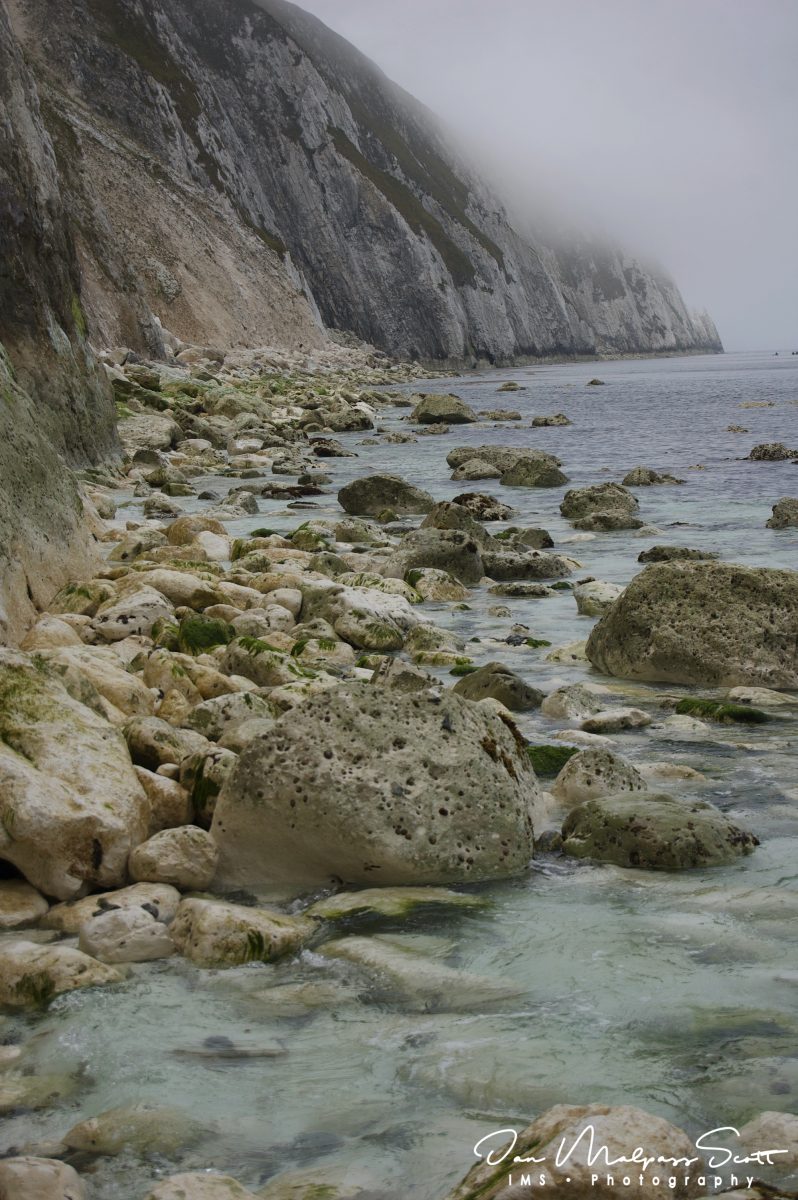 Boulders from the chalk cliffs being eroded by the sea. The needles can be seen in the distance. Alum Bay, Isle of Wight.

Alum Bay is a bay near the westernmost point of the Isle of Wight, England, within close sight of the Needles rock formation. Of geological interest and a tourist attraction, the bay is noted for its multi-coloured sand cliffs. The waters and adjoining seabed form part of the Needles Marine Conservation Zone and the shore and heath above are part of the Headon Warren and West High Down Site of Special Scientific Interest.

Alum Bay is the location of a classic sequence of upper Paleocene and Eocene beds of soft sands and clays, separated by an unconformity from the underlying Cretaceous Chalk Formation that forms the adjoining headland of West High Down. Due to geological folding of the Alpine orogeny, the strata in the main section of the bay are near vertical, with younger rocks with progressively lower dips to the west. The sands are coloured due to oxidised iron compounds formed under different conditions.