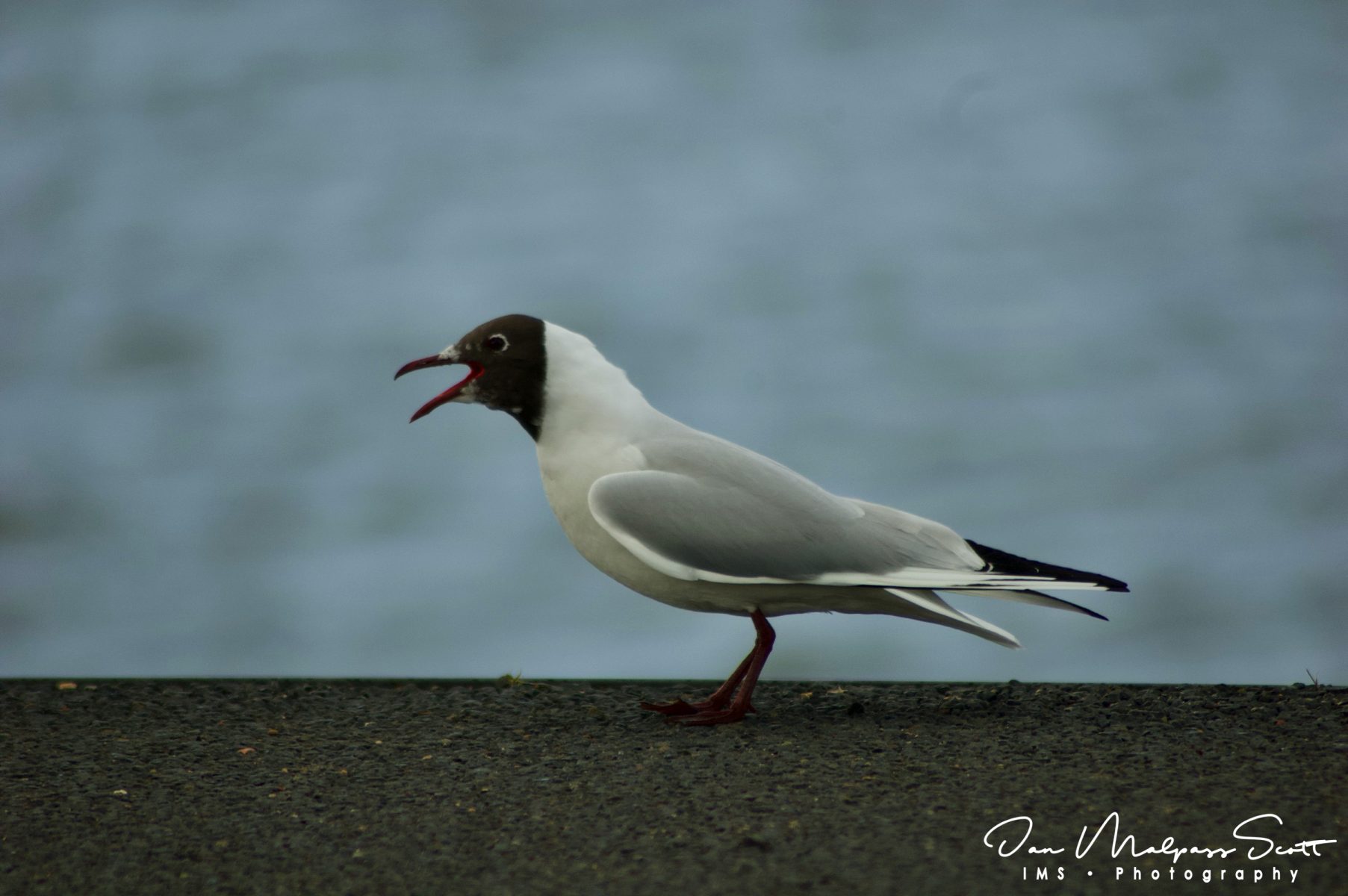 A black-headed gull on the tyne at South Shields.

The black-headed gull (Chroicocephalus ridibundus) is a small gull that breeds in much of Europe and Asia, and also in coastal eastern Canada. Most of the population is migratory and winters further south, but some birds reside in the milder westernmost areas of Europe. Some black-headed gulls also spend the winter in northeastern North America, where it was formerly known as the common black-headed gull. As is the case with many gulls, it was previously placed in the genus Larus.

The genus name Chroicocephalus is from Ancient Greek khroizo, “to colour”, and kephale, “head”. The specific ridibundus is Latin for “laughing”, from ridere “to laugh”.

This gull is 38–44 cm (15–17 in) long with a 94–105 cm (37–41 in) wingspan. In flight, the white leading edge to the wing is a good field mark. The summer adult has a chocolate-brown head (not black, although does look black from a distance), pale grey body, black tips to the primary wing feathers, and red bill and legs. The hood is lost in winter, leaving just 2 dark spots. Immature birds have a mottled pattern of brown spots over most of the body. It breeds in colonies in large reed beds or marshes, or on islands in lakes, nesting on the ground. Like most gulls, it is highly gregarious in winter, both when feeding or in evening roosts. It is not a pelagic species and is rarely seen at sea far from coasts.

The black-headed gull is a bold and opportunistic feeder. It eats insects, fish, seeds, worms, scraps, and carrion in towns, or invertebrates in ploughed fields with equal relish. It is a noisy species, especially in colonies, with a familiar “kree-ar” call. Its scientific name means laughing gull.

This species takes two years to reach maturity. First-year birds have a black terminal tail band, more dark areas in the wings, and, in summer, a less fully developed dark hood. Like most gulls, black-headed gulls are long-lived birds, with a maximum age of at least 32.9 years recorded in the wild, in addition to an anecdote now believed of dubious authenticity regarding a 63-year-old bird.