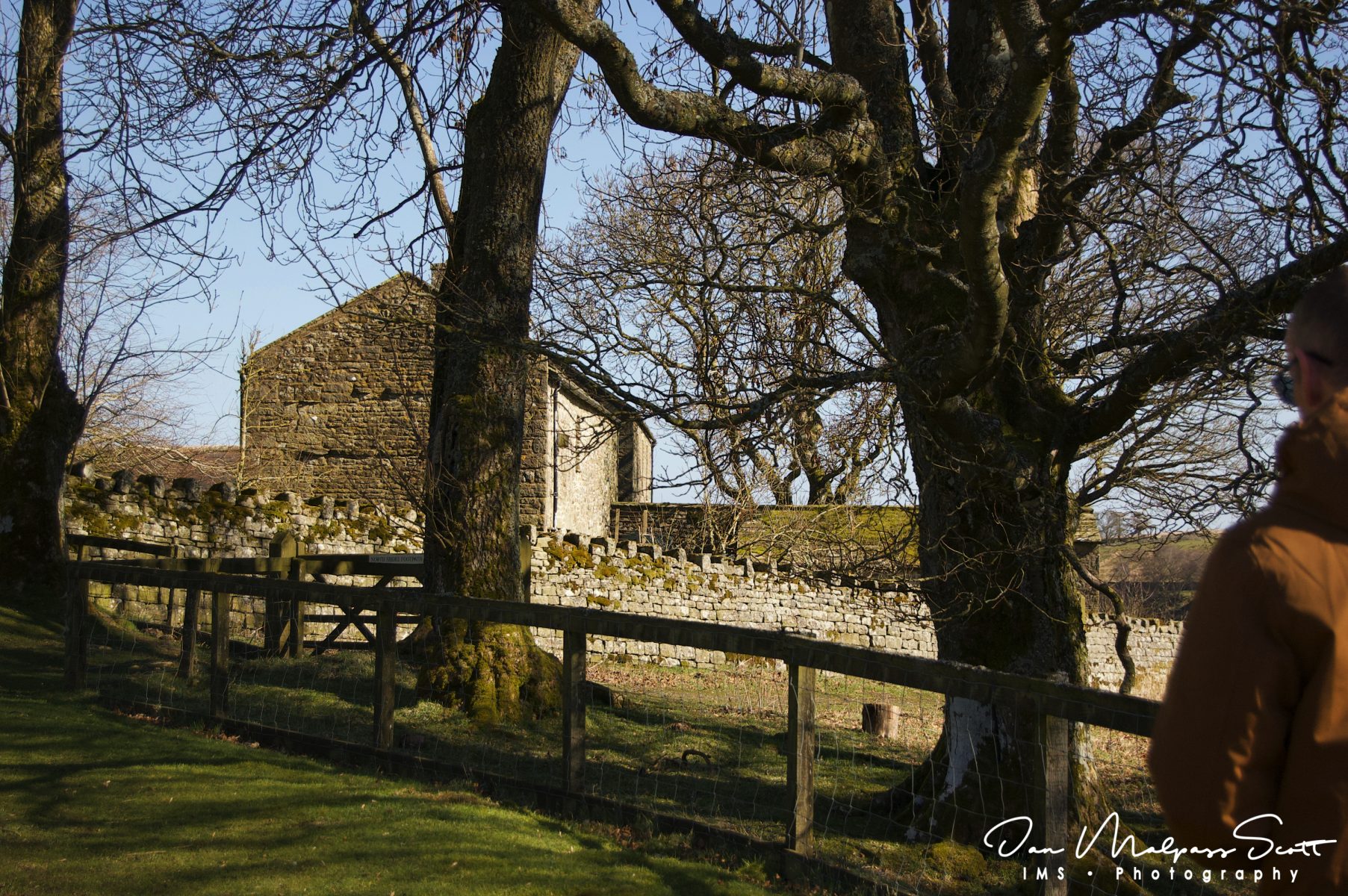 View all photography for this entry

Today we set off for the beauty of Weardale and Teesdale. The sun was shining, and it was a relatively warm day for March, so ideal weather to get the roof down on the car. I did have an ultimate destination in mind, but I kept it to myself as a surprise for Laurie. After a beautiful drive over the Pennines, we arrived at Balderdale Reservoir in Baldersdale. Why here? Well, I saw the Hannah Hauxwell documentaries years ago (and many times since) and have always wanted to see her farm and experience the place she loved so much.

From the main road we walked down the path (this was just a dirt track in Hannah’s day), past High Birk Hatt Farm and Hannah’s Meadows, past the stream which was her source of water for herself and the cattle, and up to Low Birk Hatt Farm.

It was strange walking though the iron gate and down the “new road” to the Balder River and the Blackton reservoir, Hannah’s favourite place in the world. You could see her driving the cattle down for market, or washing in the frigid waters.

“Whatever I am, wherever I am, this is me, this is my life. And if there’s a funny old person in years to come, a ghost walking up and down here, it’ll be me.” – Hannah Hauxwell

I hope that the photographs show what a special place this is.

Hannah Hauxwell (1 August 1926 – 30 January 2018) was a British farmer who was the subject of several television documentaries. She first came to public attention after being covered in an ITV documentary, Too Long a Winter, made by Yorkshire Television and produced by Barry Cockcroft, which chronicled the almost unendurable conditions of farmers in the High Pennines in winter.

A Yorkshire Post article published in April 1970 chronicled the daily life of Hauxwell, then 44, as she worked alone in her family home, Low Birk Hatt Farm, a dilapidated 80-acre (32 ha) farm in Baldersdale, west of Cotherstone, in the North Riding of Yorkshire (since 1974 in County Durham). She had run the farm by herself since the age of 35 following the deaths of her parents and uncle. With no electricity or running water and struggling to survive on £240–280 a year (equivalent to £4,000 in 2018) – at the time, the average annual salary in the UK was £1,339 (equivalent to £20,300 in 2018). Life was a constant battle against poverty and hardship, especially in the harsh Pennine winters, when she had to work outside tending her few cattle in ragged clothes in temperatures well below freezing.

Too Long a Winter

In the summer of 1972, Hauxwell was discovered by a friend of a researcher at Yorkshire Television while out walking in the Yorkshire Dales. The researcher contacted Barry Cockcroft, a producer at the company, who proposed to make a TV documentary tentatively entitled The Hard Life. The documentary started with her leading a cow into a shed during a blizzard in Baldersdale. After the documentary was first shown in 1972, Yorkshire TV’s phone line was jammed for three days with viewers wanting to find out more and help her. ITV received hundreds of phone calls and mail containing gifts and money for “the old lady in the Yorkshire Dales”.  A local factory raised money to fund getting electricity to Low Birk Hatt Farm, and she continued to receive thousands of letters and donations from well-wishers around the world.

A Winter Too Many

Almost two decades after Too Long a Winter, in 1989, the same TV crew returned to her farm to catch up with Hauxwell. The second documentary, A Winter Too Many, saw that Hauxwell had a little more money, which she had invested in a few more cows. The crew followed her to London where she was guest of honour at the Women of the Year gala. Out of the spotlight, however, her work on the farm continued, and each winter became harder for her to endure. She commented “In summer I live and in winter I exist” in the film, which also showed her departure just before Christmas 1988. With her health and strength slowly failing, she had to sell her family farm and the animals she adored and move into a warm cottage in a nearby village.

After selling her farm and land, Hauxwell was by then comfortably off and moved to a little cottage in the village of Cotherstone, less than five miles (8 km) from Low Birk Hatt Farm, where the meadows, designated a Site of Special Scientific Interest, are now called Hannah’s Meadows and managed by Durham Wildlife Trust.  A book, Hannah Hauxwell—80 Years in the Dales (W. R. Mitchell) was published in 2008. A new DVD, Hannah Hauxwell—An Extraordinary Life, featuring Too Long A Winter, A Winter Too Many, and Innocent Abroad, was published. Hauxwell was interviewed on Woman’s Hour in March 2008. To mark her 85th year, she was interviewed by the Yorkshire Post and revealed that she was still living a frugal life and remained an avid radio listener.

She moved to a care home in Barnard Castle in 2016, and to a nursing home in West Auckland the following year. She died there on 30 January 2018. After a funeral service at Barnard Castle Methodist Church, Hauxwell was laid to rest at Romaldkirk cemetery, not far from Low Birk Hatt.