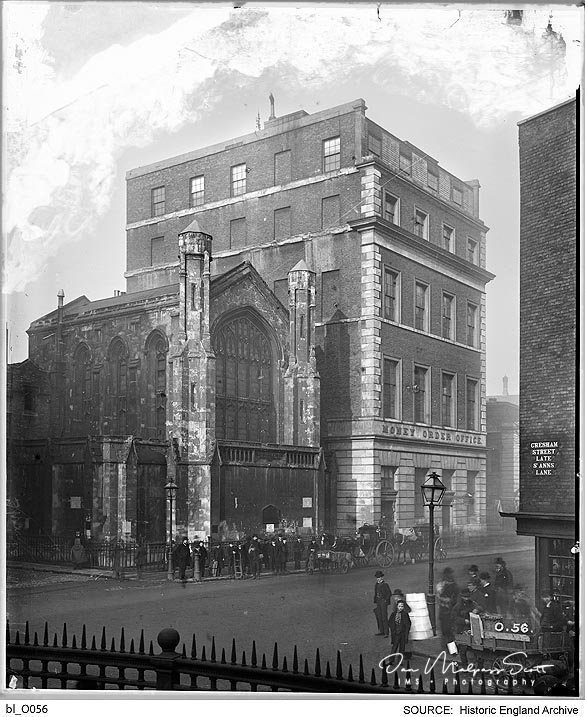 Persecuted in France, about 50,000 Huguenots fled to Britain where Edward VI granted them asylum. The French Protestant Church of London was established by Royal Charter in 1550. It took over the Threadneedle site in Elizabeth I’s time but that had to be rebuilt after the 1666 Great Fire. In 1743 an annexe was built in Brick Lane to cater for the influx of refugees; this is now the Brick Lane Mosque. By the 19th century the Threadneedle site was the main Huguenot church in London but was taken down in 1841 to allow for the road to be widened. By then there were only three Huguenot congregations left in London. The Threadneedle congregation joined another and moved into a new 1842 building (pictured) in St Martin’s-le-Grand. This was demolished 1888 to allow for the erection of the General Post Office building. All congregations then merged into the new building in Soho Square.