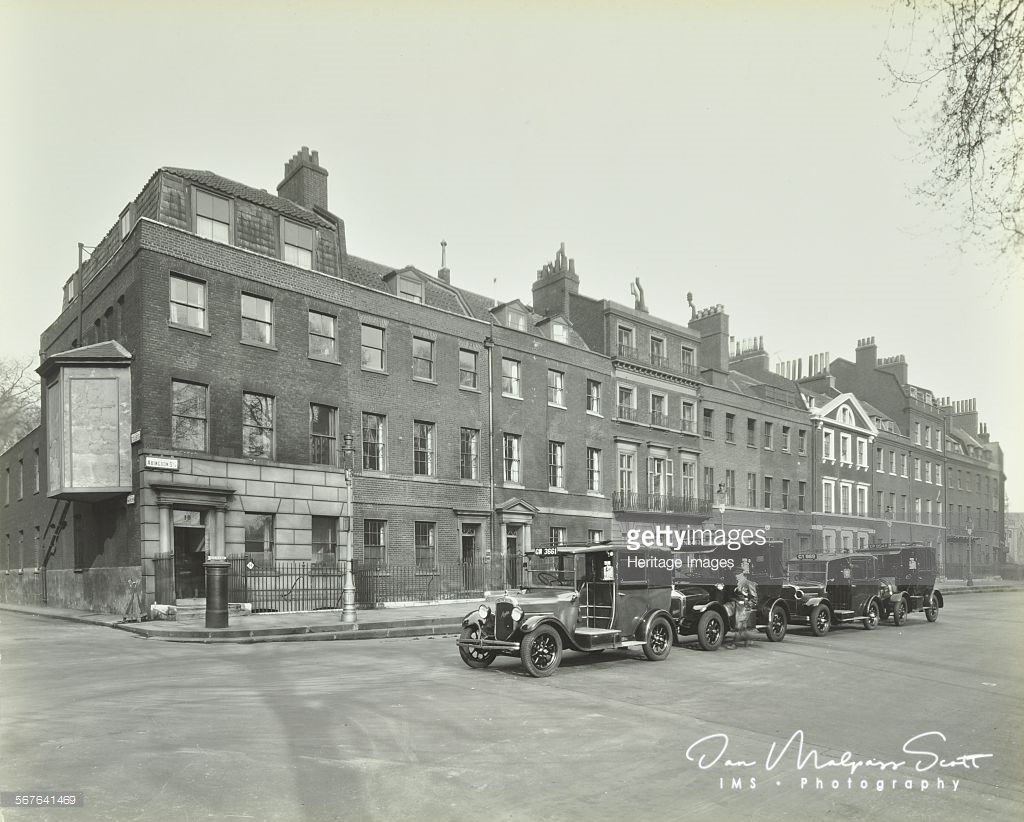 The early Abingdon Street can be seen on Norden’s map of about 1593 linking old palace (yard) with Millbank. At the northern end stood the south gate of the Palace of Westminster, and at the south end the ditch boundary of Thorney Iisland which is now represented by Great College Street. From about 1690 a mansion stood at the southwest end; initially known as Lindsay House, it was later the residence of the Earl of Abingdon, and by 1708 occupied by the Earl of Carnarvon. When the King came to parliament the state coach drawn by eight horses used to turn round in the yard of the house.

The lane was briefly known as Lindsay Lane, but by 1750 was known as Dirty Lane, ‘narrow, pestered with coaches and inconvenient’, and for this reason after an Act of Parliament in that year it was widened and renamed Abingdon Street as part of the general approach improvements to the new Westminster Bridge. The houses that survived until the 2nd World War dated from this time.

From about 1820 Thomas Telford lived at No. 24, where he died in 1834. In 1932 Harold Clunn described ‘one long terrace of shabby Georgian houses. . . largely inhabited by Members of Parliament’. Concerning their proximity to the Houses of Parliament, he added, ‘Its appearance suggests the dustman sitting on the doorsteps of the nobleman’s mansion.’

Only four houses survived the bombing of the 2nd World War which exposed the Jewel Tower behind. The remains of a medieval quay were discovered during demolition of the remaining houses. In 1963–6 Abingdon Street Garden was created. Beneath is an underground car park. In the garden is the bronze, Knife Edge Two Piece, by Henry Moore (1962).

Excerpted from The London Encyclopaedia