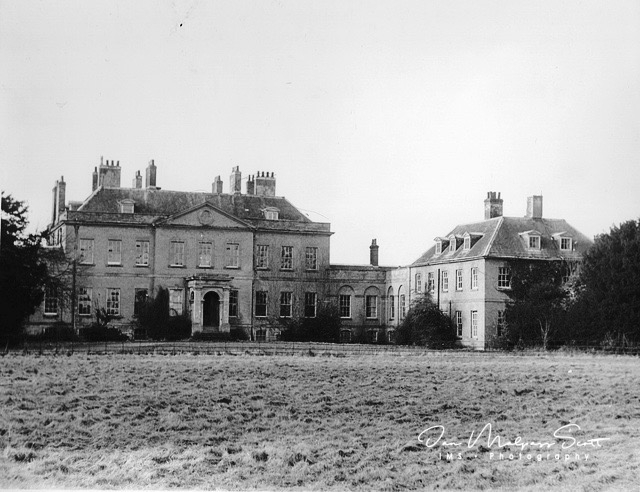 Ossington is a village in the county of Nottinghamshire, England 7 miles north of Newark on Trent.

It is centred on the site of Ossington Hall, the ancestral home of the Denison family. The house was demolished in 1964 and all that remains are a few out-buildings and the private chapel which now serves the parish as Holy Rood Church, Ossington. This is a Grade I listed church, originally 12th century and rebuilt in 1782-83,by architect John Carr, with minor nineteenth century alterations and additions. It includes earlier monuments and stained glass and there is a barrel organ built by Thomas Robson in 1840.

The estate can be traced back to Saxon times when it was known as “Oschinton” and then later in 1144 as “Oscinton”. The lord at that time, Roger de Burun, gave the estate to the Cluniac order of monks when he entered the order as an act of penitence. He neglected to recall that he had earlier made the property over to the Hospitallers of St. John of Jerusalem. A legal dispute followed between the two religious orders, which the Hospitallers won and they retained ownership until the Dissolution of the monasteries around 1539. The estate was eventually bought by the Cartwright family who have monuments in the church. The house was damaged during the Civil War and in 1753 passed to Mr. William Denison, a successful merchant of Leeds. He and his brother Robert made substantial improvements. William was appointed High Sheriff of Nottinghamshire for 1779.

During the Second World War a large RAF airfield was constructed on land close to the Ossington estate, known as RAF Station Ossington. It opened on Sun 18 Jan 1942 as the home for Number 14 (Pilot) Advanced Flying Unit (No 14 (P) AFU) and transferred to No. 93 (Training) Group RAF Bomber Command in 1943. Finally in January 1945 it transferred to RAF Transport Command No 6 Lancaster Finishing School. It closed in August 1946. The hall formed part of the accommodation for the airfield.

Following WW2 however it had fallen into disrepair and was eventually torn down in 1964.